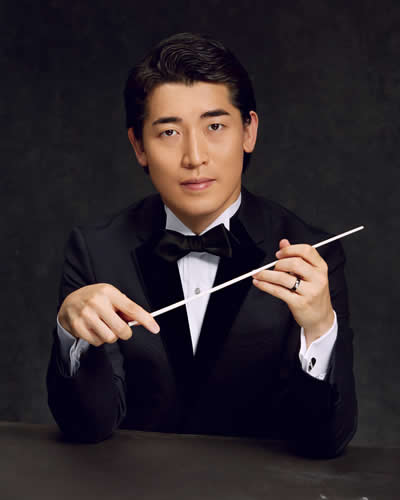 No stranger to the operatic cannon, Harada returns this season for his debut of Leoncavallo’s Pagliacci with North Carolina Opera, for whom he has previously led productions of Carmen and Britten’s Turn of the Screw. In 2017, he conducted Mazzoli’s Song from the Uproar for Cincinnati Opera, as well as run of Carmen for Bulgaria’s Sofia National Opera and Ballet that reprised with a Japan tour in fall 2018. In past seasons and as Associate Conductor of Arizona Opera, he led productions of Don Pasquale, Le Fille du Regiment, and Tosca. As a 2010 Seiji Ozawa Fellow at Tanglewood, Harada conducted critically-acclaimed performances of Strauss’ Ariadne auf Naxos.

Currently finishing his fourth season as Associate Conductor of the Cincinnati Symphony Orchestra and Cincinnati Pops, Harada regularly assists Music Director Louis Langrée, conducts the CSO, POPS, and works with James Conlon and Juanjo Mena for the May Festival. He is a three-time recipient of The Solti Foundation U.S. Career Assistance Award (2016, 2015, 2014), Bruno Walter National Conductor Preview (2013), the Seiji Ozawa Conducting Fellowship at Tanglewood Music Festival, and was a student of Lorin Maazel at Castleton Festival and Fabio Luisi at Pacific Music Festival. In 2018 and 2016, he was invited by Valery Gergiev to serve on the faculty of the Pacific Music Festival.