SAVANNAH, GA – January 20, 2020 – Savannah Philharmonic Orchestra is slated to present a concert entitled ‘Modern to Majestic’ at 7:30 p.m. Saturday, Feb. 8, 2020 at the Johnny Mercer Theatre, located at 301 Oglethorpe Avenue. Join the Philharmonic Orchestra, guest conductor Enrico Lopez-Yañez, and Thomas Gansch on trumpet as they push the boundaries of what is generally considered to be “classical music.” #savphil

The evening’s exciting opener, Márquez’ Danzón No. 2, will have the audience dancing in the aisles and will be followed by Gilliland’s Dreaming of the Masters III, a vibrant piece flashing a sound straight out of a jazz club. Finally, Tchaikovsky’s Fourth Symphony will express a time when the legendary composer seemed to throw out all of the rules as to how a symphony was “supposed” to be written, and subsequently presented audiences with one of his greatest masterpieces!

Guest performer for this thrilling concert is well-known Vienna-based Austrian trumpet player, Thomas Gansch. In 1992 the brass septet Mnozil Brass was founded in which he has since played first trumpet. In 1999 he was invited to the Vienna Art Orchestra, a renowned European Big Band. Later he founded his own “little big band”, Gansch & Roses. Thomas Gansch performs on an unusual looking, self-designed trumpet, commonly referred to as the “Gansch Horn” that resembles a standard jazz B♭ trumpet but with a rotary valve system.

“We are thrilled to present this concert and to feature one of Tchaikovsky’s finest works. Attendees are sure to feel invigorated and enriched by this dynamic evening,” Savannah Philharmonic Executive Director Terri O’Neil said.

Program notes will appear in Volume 2 of the Savannah Philharmonic annual program series and on the website the week of the concert. The concert is presented in part by Charles C. Taylor & Samir Nikocevic, the Charitable Foundation and Bob Faircloth.

The mission of Savannah’s Philharmonic is to inform, instruct and enrich the community through orchestral and choral performances, and to promote and increase community knowledge and appreciation of the arts. The nonprofit organization’s vision is to be regarded as an essential musical, educational, cultural, and economic asset to the community. 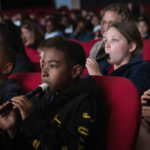 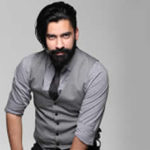