Violinist Sirena Huang, winner of the 2017 Elmar Oliveira International Violin Competition, joins the Savannah Philharmonic for a performance of Tchaikovsky’s fiery and passionate Violin Concerto in D major. The evening will conclude with the lush and vibrant Fourth Symphony of Johannes Brahms, one of music’s great, inspiring masterpieces.

“The first half of our concert features an incredibly mature young American violinist, Sirena Huang, who lives every note she plays,” said Savannah Philharmonic Conductor and Artistic Director Peter Shannon. “I’ve heard her perform Tchaikovsky’s Violin concerto before and when she plays it here in Savannah, I know she will have everyone in the palm of her hand. The Lucas is such an intimate venue and to see such mastery and passion up close is something life doesn’t offer much these days. I’m promising a lot, I know; but when you see her play you’ll understand why I have no hesitation in doing so.”

Sirena Huang is one of her generation’s most celebrated violinists. She brings not only technical brilliance and powerful artistry to the stage, but also a profound sense of connection to her audience. Huang made her solo debut with the National Taiwan Symphony Orchestra in 2004 at the age of 9, and since then, has performed in 17 countries across three continents. She has been featured as a soloist with more than 50 ensembles, including the New York Philharmonic; the Symphony Orchestras of Cleveland, Baltimore, Shanghai, Russia, and Singapore; and the Staatskapelle Weimar in Germany. Motivated by her desire to inspire peace and harmony with her music, Huang has performed before world leaders, thinkers and humanitarians, including President Barack Obama and Elie Wiesel. At age 11, she gave a TED talk that garnered more than 2.5 million views. In 2006, she received the honor of playing for His Majesty King Abdullah II of Jordan and 30 Nobel Prize Laureates at the World Peace Conference held in Petra. In 2007, under the invitation of former Czech Republic President Václav Havel, she played in the opening ceremony of the “Forum 2000 World Conference” in Prague. In 2008, Huang was invited to perform during the ceremony in which the Elie Wiesel Foundation for Humanity presented its Humanitarian Award to President Sarkozy of France.

“Before we finish off our ninth season with Beethoven’s final Symphony No. 9, I’m very much looking forward to performing Brahms’ last symphony with the Savannah Philharmonic – his Symphony No. 4. Spending time alone studying these great pieces before sharing this great music with our wonderful players brings me closer to them in a way that may be hard to understand,” Shannon continued. “When you have a masterpiece in front of you, and know that line, or this phrase, or that note is to be played in a certain way, and so one can’t help but relate the parts to the players in one’s mind. In many ways then, for me, the piece is being written for my players. The better the music, the more sacred and perfect the preparation has to be. These last two concerts of the Savannah Philharmonic this season will be an all-or-nothing affair.”

Tickets to this concert cost $15-$80 each and can be purchased by visiting savannahboxoffice.com. For more information about Sirena Huang, visit sirenahuang.com. To learn more about the Savannah Philharmonic or this concert, please visit savannahphilharmonic.org. 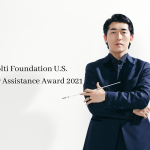